You CAN STILL ENJOY THE PRESENTATION OF Bishop Donald J. Hying,  our chaplain Rev. Louis Golamari, the Symposium Presenters, and the therapists from the WI Region of the CPA BY VIEWING OUR VIDEO OF THE Virtual Followup to our Kickoff held in March, 2020!

Read below about IT & CLICK “WATCH THE VIDEO” BELOW

FOR MANY OF OUR VIDEOS OF PAST EVENTS THAT ARE NOT LOCATED ON THIS PAGE, PLEASE CHECK OUT OUR PAGE WITH OUR STRATEGIC PARTNER, WCAT RADIO.  AND OF COURSE, YOUR DONATIONS to the non-profit WCAT  IN THE NAME OF JCI ARE MUCH APPRECIATED.

(NOTE THE  TAB: JOIN US AT CPA-WISC ON THE MENU BAR AT ENROUTE BOOKS & MEDIA.  OR YOU MAY ALSO ACCESS IT  AT THE LINK BELOW) 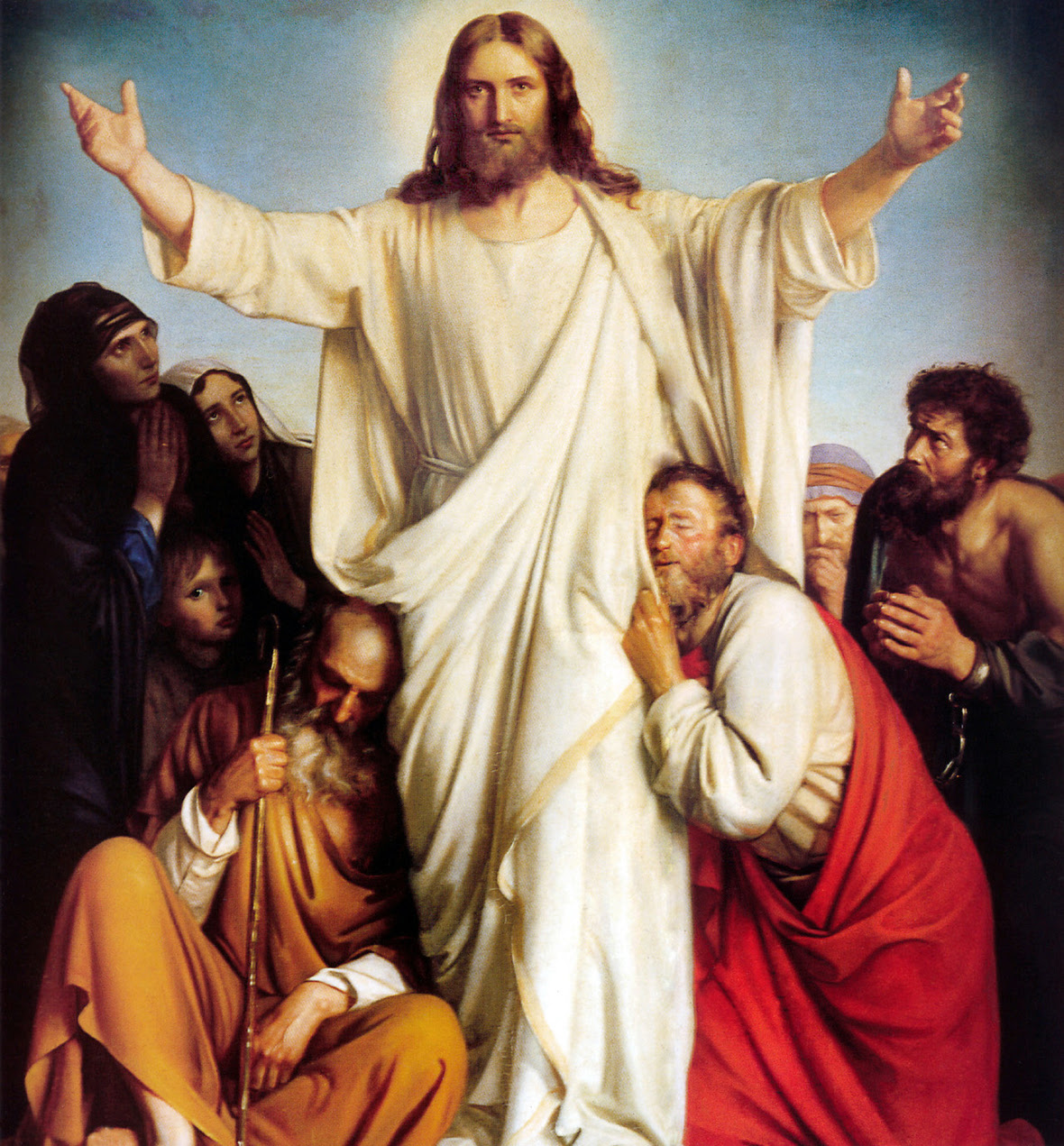 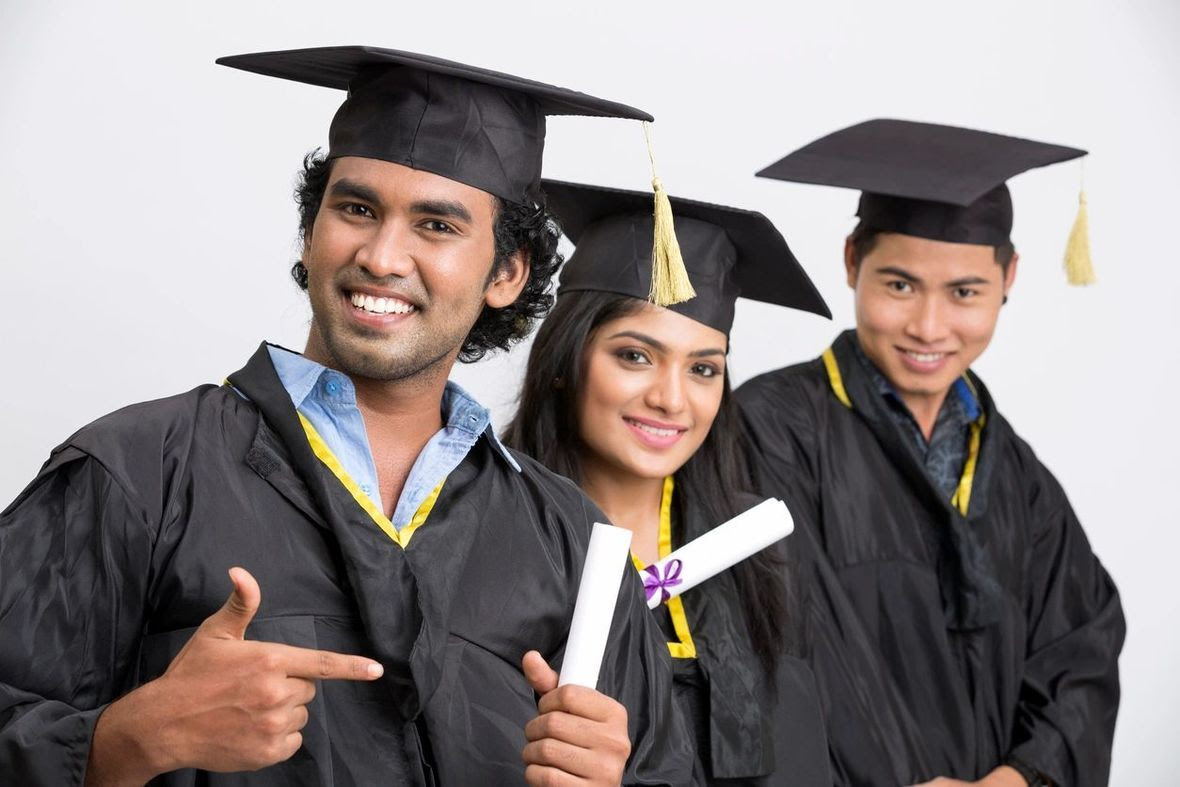 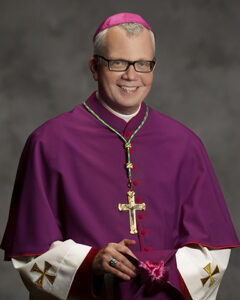 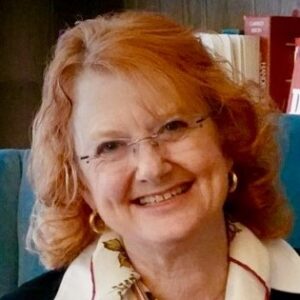 Dr. Simeone-DiFrancesco holds a PhD from U. of Mississippi and multiple Masters degrees (M.A., M.Ed.) Columbia University, and graduated with a double BA in Religious Studies & Philosophy (Holy Apostles College).  As a licensed psychologist for 30 years she has always integrated her Catholic perspective of the human being into her work and the values that underpin it.  She is the owner/director of the Jesus-Centered Schema Therapy Institute, a division of Connect-Talk® LLC.  She also co-manages Jesus-Centered Institute, LLC which is active in producing Biblilcal books and media.   She has been published by Wiley -Blackwell:  Schema Therapy with Couples, A Practitioner’s Guide To Healing Relationships.  Her current passion is to help Catholic and Christian therapists understand and learn how to invite Jesus into sessions they have with Christian clients, both in directing and inspiring the intervention of the therapist, and in directly speaking to the heart of the client through the evidence-based use of  Schema Therapy. As an internationally certified trainer in Schema Therapy, Dr. Chiara has been instrumental in the development of this therapy both with couples and its application with multi-cultural, multi-ethnic, and multi-religious dialogue.  She is enthusiastic about the ethics and efficacy of  bringing the Gospel Jesus into all aspects of client, patient and pastoral care for clients coming from a Catholic/Christian religion and culture who wish to incorporate this richness into their treatment plan. 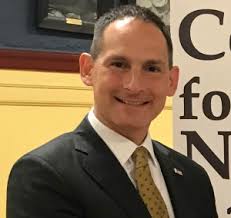 Dr. Sebastian Mahfood, OP, serves as Vice-President of External Affairs at Holy Apostles College & Seminary in Cromwell, CT, publisher at En Route Books & Media, and producer at WCAT Radio. He is a Lay Dominican of the Queen of the Holy Rosary Chapter in the Province of St. Albert the Great. He holds a doctorate in postcolonial literature and theory from Saint Louis University along with several master’s degrees in the fields of comparative literature, philosophy, theology, and educational technology. Among his publications include his book on African narrative socialism entitled Radical Eschatologies: Embracing the Eschaton in the Works of Ngugi wa Thiong’o, Nuruddin Farah, and Ayi Kwei Armah, his book on 14th century Italian literature The Narrative Spirituality of Dante’s Divine Comedy, and his book on 21st-century social media entitled Among the Marvelous Things: The Media of Social Communications and the Next Generation of Pastoral Ministers. He lives in St. Louis with his wife, Dr. Stephanie Mahfood, and children, Alexander and Eva Ruth. 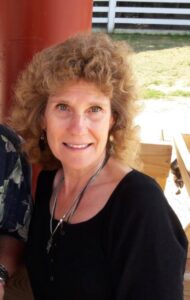 Classically lettered in Philosophy and Bioethics, Dr. Mary Anne Urlakis is an independent bioethicist who provides ethical consultation, support, and advocacy to individuals and institutions. Dr. Urlakis is also the Executive Director and Co-Founder of the Donum Vitae Institute for Nascent Human Life https://donumvitaeinstitute.com/. Her work involves continued research, particularly within the scope of the history of medical ethical praxis, the philosophical and theological underpinnings of sound moral reasoning, and the value of Virtue Ethics and Natural Law Theory. She is staunchly Pro-Life and advocates for the rights of vulnerable human persons, specifically those at the edges of life–the nascent unborn, the terminally ill, and the elderly.  Dr. Urlakis hosts two WCAT Radio programs: “Inter Vitam et Mortem: Between Life and Death: Discussion and Interviews with a Catholic Bioethicist [https://wcatradio.com/vvp/ ],” and “Vows, Vocations, and Promises: Discerning the Call of Love  [https://wcatradio.com/vvp/ ].” Additionally, Dr. Urlakis is currently a graduate student at Pontifex University pursuing a second doctorate in Theology. 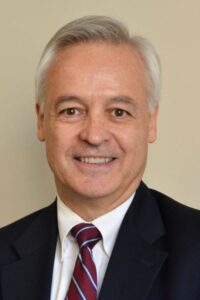 Mr. Partarrieu is a native of Chili, an accomplished business executive, a school founder and administrator, a husband, father and faithful Catholic servant. Because of his father’s work as an international bank executive, Roberto had the privilege of traveling to and living in various countries before moving to the United States where he graduated with a Bachelor of Arts degree and a Master of Arts degree in Economics from George Mason University in Fairfax, VA; in addition he completed PhD coursework at Georgetown University in Washington DC and spent 1½ years studying philosophy and theology at Mount St. Mary’s Seminary
in Maryland.  After working as the General Manager of a mining exploration company in South America and working for the Canadian Embassy in Chili, Roberto began working in a variety of rewarding leadership roles within the Catholic Church including serving as the General Manager of a Catholic institute; founding and leading a distinguished Catholic K-12 academy in Santiago, Chili that today serves over 3,000 students.  After moving back to the United States with his wife and children, Roberto served as Vice President for Finance and Administration at Divine Mercy University, in Arlington, VA. In October 2014, Roberto moved to La Crosse to serve as the Executive Director of Catholic Charities for the Diocese of La Crosse, a heroic position that he continues to hold today for an organization he is honored to work for. 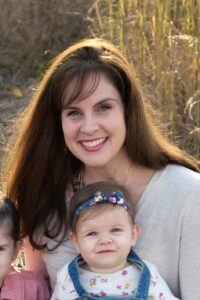 In 2017, Laura resigned from her job in infertility product management at a national insurance company and subsequently founded Sacred Heart Guardians and Shelter (SHG). SHG’s mission is to provide corporal and spiritual care for the youngest human beings: the embryonic children whose lives start and end in IVF laboratories. Laura outreaches to IVF clinics and labs, and asks to provide burial for the deceased embryos who would otherwise be disposed of as medical waste. As of September 2020, SHG has provided burial for the remains of 231 embryonic children.

She has been featured in The Catholic Spirit and her essay: “Embryo Mortality and In Vitro Fertilization” has been published in the National Catholic Bioethics Center’s newsletter: Ethics and Medics.

Laura works full-time in the pharmaceutical industry. She, her husband Andrew, and their four children are parishioners at the Church of St. Peter in Mendota, MN. 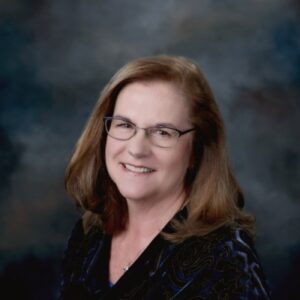 Mary is a Licensed Clinical Social Worker. ​Her Masters Degree of Social Work was earned at the University of Wisconsin – Milwaukee Helen Bader School of Social Work in 1997.   After ten years of experience as a psychotherapist with adults at Christian Life Counseling, LLC, in Brookfield, WI, she has started a new venture as Owner and Psychotherapist, Theotokos Counseling, LLC, in Sauk City, Wisconsin.  She brings a Catholic perspective to proven counseling techniques. Her underlying belief as a psychotherapist is that God desires to heal wounds of the past through sound clinical practice, goal oriented behavioral change, and prayer so that a person is free to live fully in the present. ​Mary works with adult individuals and couples. Treatment areas include grief and bereavement, trauma recovery including childhood abuse and sexual abuse recovery, depression, postpartum depression, anxiety, women’s issues, spiritual distress that leads to life dysfunction, life transitions (i.e. retirement, divorce, job change, empty-nest), post-abortion recovery, and end-of-life care issues, including caregiver stress.

In addition, Mary is a seasoned continuing educator in areas which include forgiveness, and group development. Her pastimes are centered around, family, grandkids, music, spiritual development and gardening. 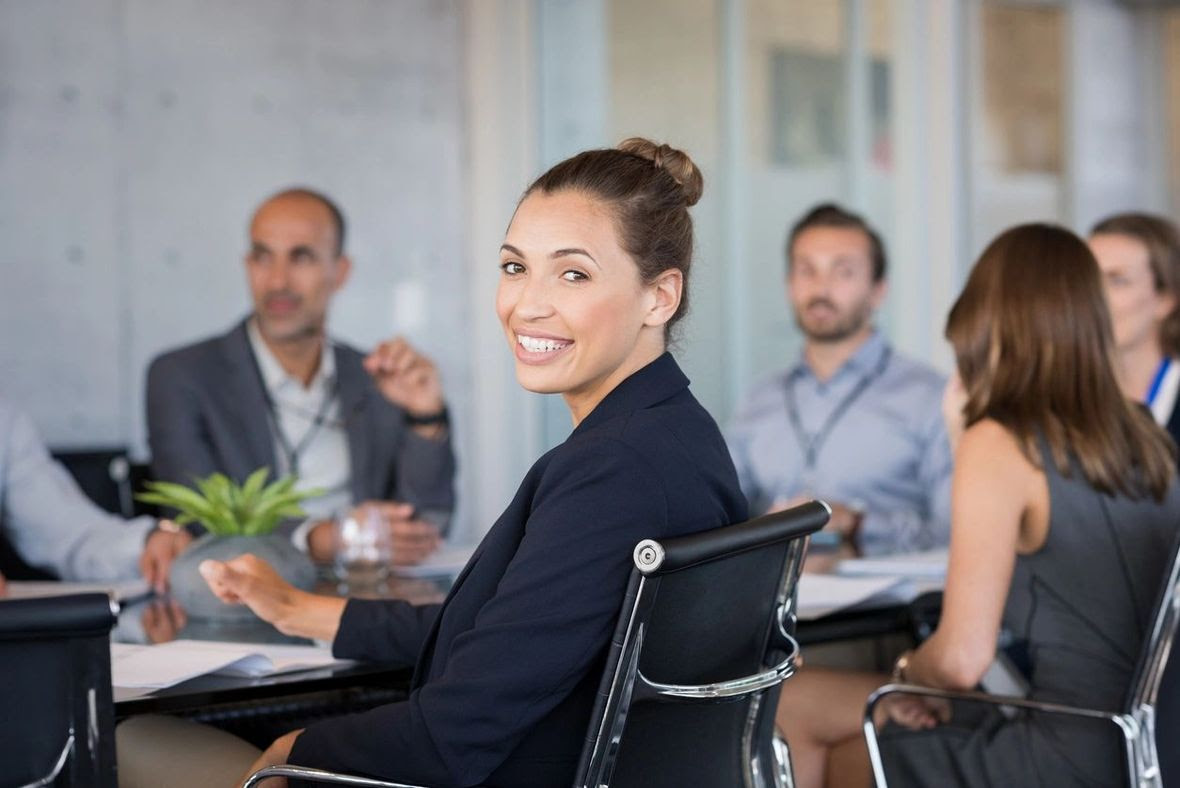 In the symposium, you will hear our personal stories of the changes we each have made in our approach to our work.

What about you? Have you ever reflected on how secularism has affected you and your interventions with clients? Come and share with your colleagues, and tell the stories of what you have done to overcome it. What differences do these secularist views make on your practice today? And how do you see it affecting your profession and Christian colleagues? 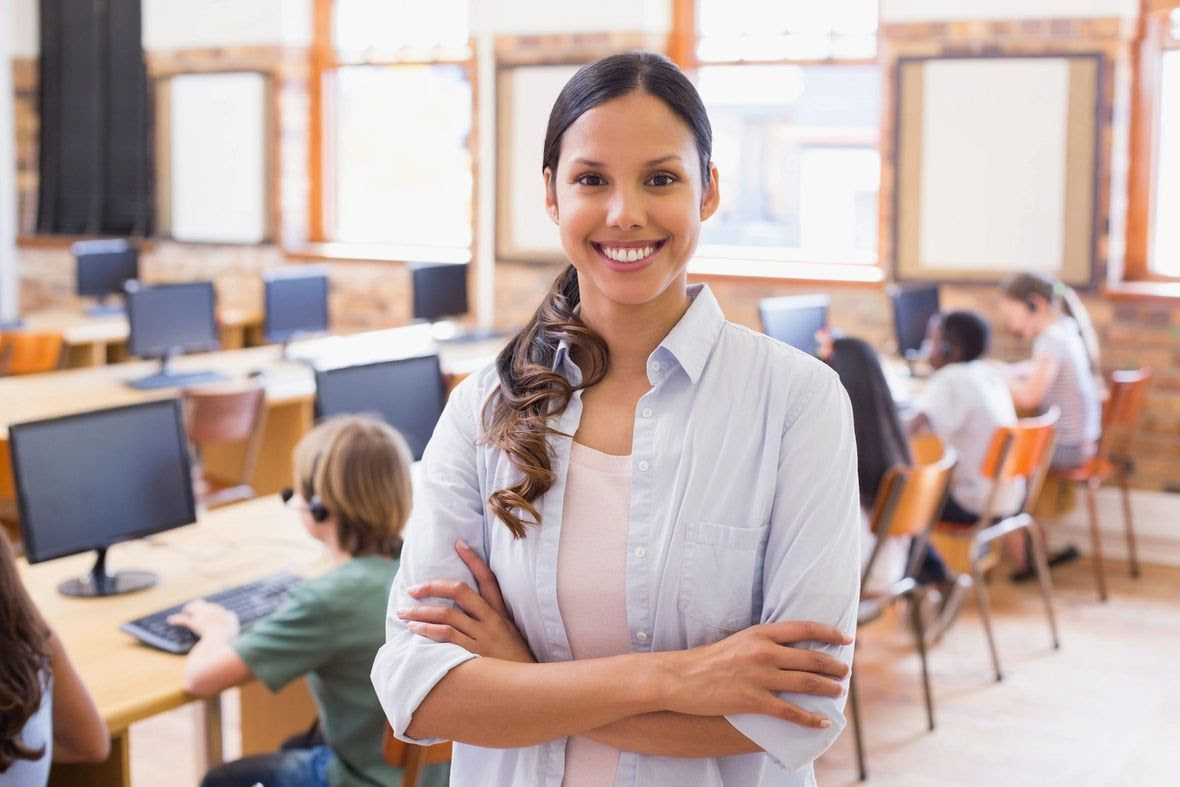 STAND UP AND MAKE A DIFFERENCE!

WE CAN BE BETTER TOGETHER 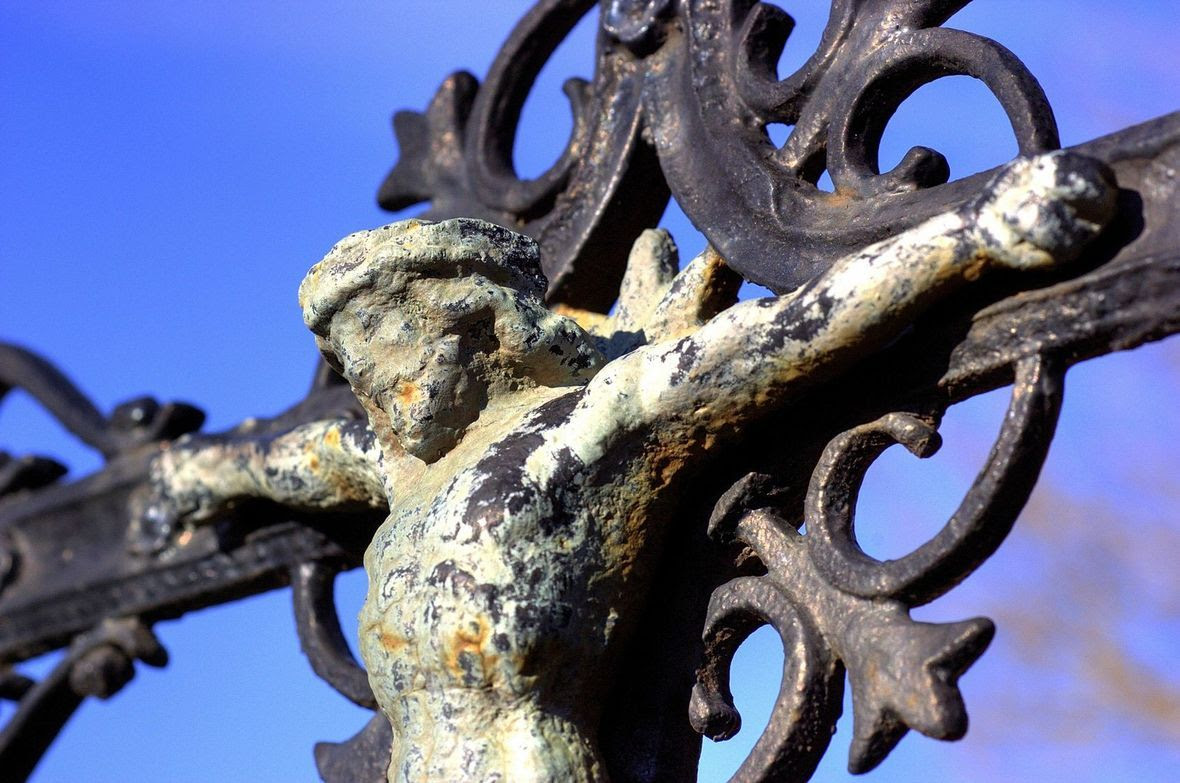 Christ stood up and confronted the opposing Jewish leaders every step of the way.

Shall we follow in His footsteps as Catholic therapists and associated colleagues? 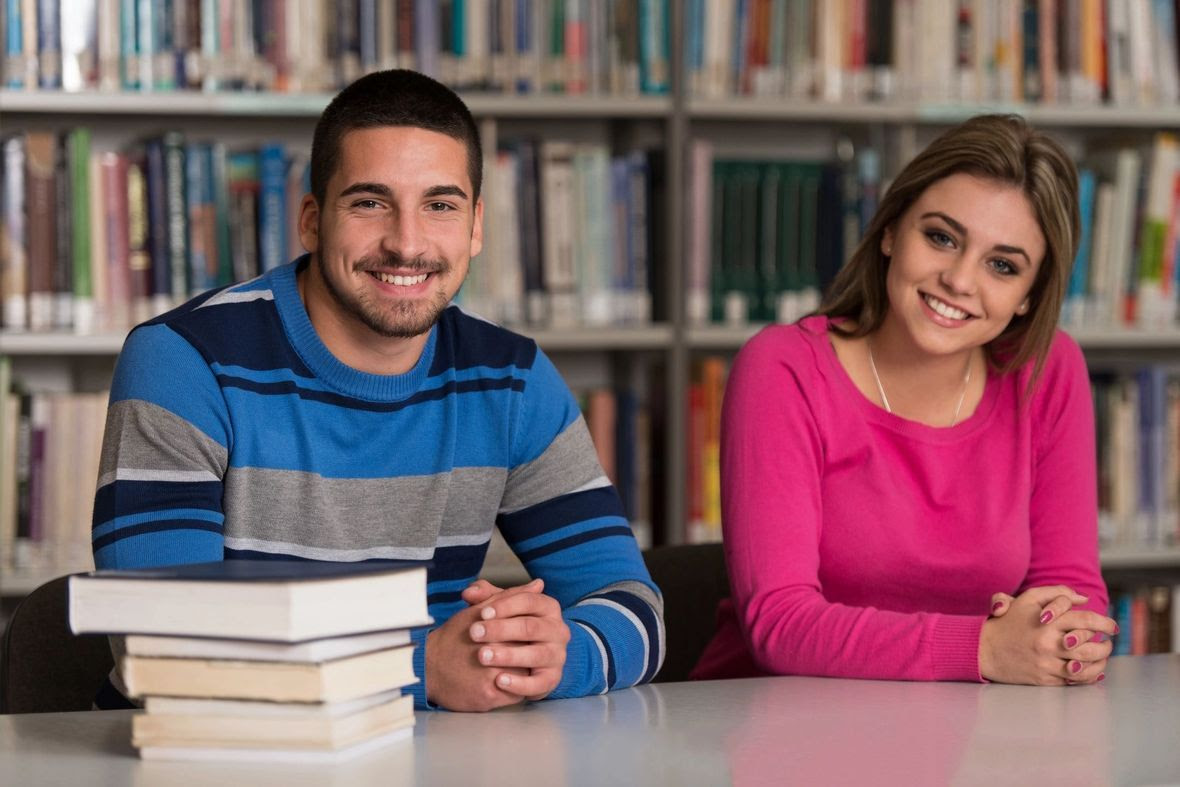 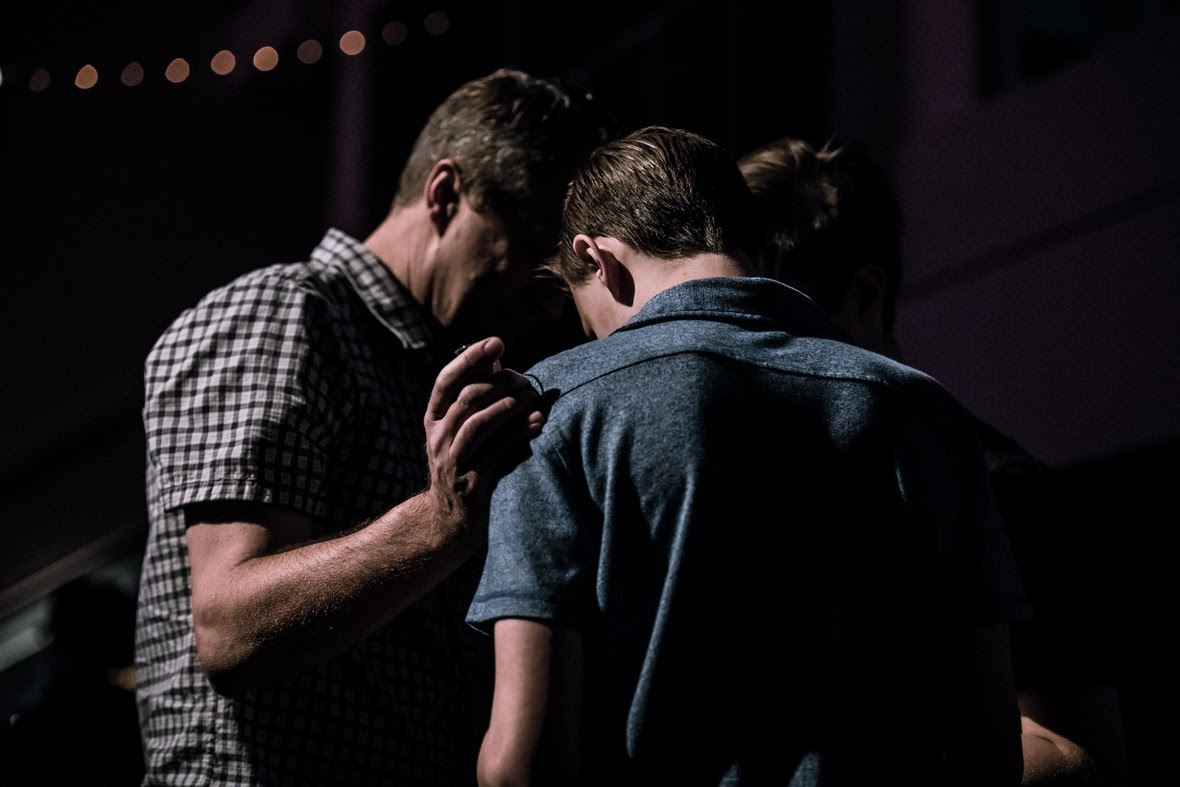 Phil. 1:3-5 “I thank my God whenever I think of you; and every time I pray for all of you, I pray with joy, remembering how you have helped to spread the Good News from the day you first heard it right up to the present.” 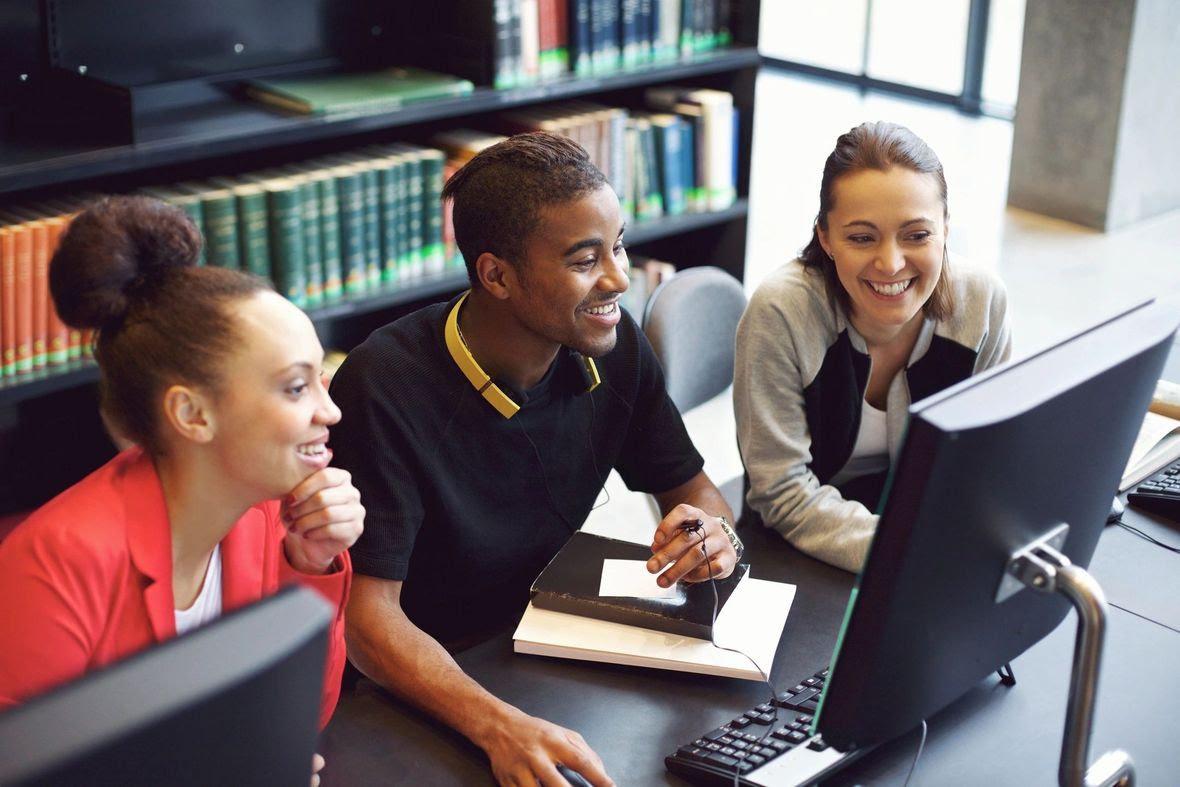 The symposium will be followed by a brief demonstration of:

The Guided Imagery presentation is suitable for continuing education of therapists, social workers, pastoral care providers, and all who need to bring calming and comfort to the persons they work with, or even for self-care.The limits and parameters of using this in ministry will be explored in the presentation.

Please note, this is an educational presentation only, and not the provision of therapy or the establishment of a client-therapist relationship. All entities involved are not responsible for any unforeseen effects of completing this exercise. It is up to you to determine if this is suitable for you, and you do so at your own risk. It is not suitable learning for persons who disassociate easily. Although this is a very safe imaginal exercise, persons with severe trauma are advised to not participate and should only do these types of experiential exercises with the supervision of a licensed therapist. If this pertains to you, please exit from participation, and you may return to the meeting afterwards. Thank you.